In an astounding triumph for the Latin American Revolution, the U.S. government restored diplomatic relations with Cuba on December 17. This followed 55 years of U.S. aggression and hostility aimed at destroying the Cuban Revolution, including a damaging economic blockade, 638 assassination attempts by CIA-affiliated agents on the life of former Cuban president Fidel Castro, U.S. terrorist attacks on Cuba that killed close to 4,000 people, economic sabotage costing Cuba millions of dollars, and the 1961 military (Bay of Pigs) invasion of the island by CIA-sponsored Cuban exiles.

The extreme hostility failed to defeat the Cuban communist governments of Fidel and now Raul Castro, the original leaders of the Cuban Revolution, who have outlasted ten U.S. presidents. U.S. President Barack Obama admitted in his December 17 speech that “isolation has not worked,” and that the U.S. needed “to end an outdated approach that, for decades, has failed to advance our interests, and instead we will begin to normalize relations between our two countries.”

President Raul Castro thanked and praised Obama for the change in policy but made clear that Cuba would retain its communist system and not compromise its sovereignty. Castro said the Cuban government’s policies are aimed at creating “a prosperous and sustainable communism,” declaring the restoration of relations with the U.S. a victory for the Cuban Revolution.

“We won the war,” said Castro, insisting that the U.S. not meddle in Cuban state affairs, and calling for the U.S. economic blockade to be lifted as a next step in the thaw in relations.

“The restoration of diplomatic relations is also a victory for Latin America,” said Javier Domokos Ruiz, Cuba’s Consul General in Toronto, in an interview. “There has been a battle between not just the U.S. and Cuba but between the U.S. empire and Latin America over whether the continent would become Washington’s satellite or emerge sovereign and leftist, and this battle has been won by Latin American countries which have succeeded in creating progressive societies and removed many puppet dictatorships of the U.S.”

The success and persistence of Cuba’s revolution had a critical influence on Latin America’s leftward shift. Since 1998, leftist governments have been elected in 10 Latin American countries, restricting U.S. political and economic influence in what Washington considers its “backyard.” This isolation was a key motivation for the U.S. change in policy towards Cuba, something both Obama and Secretary of State John Kerry acknowledged.

John Kirk, a professor in the department of Spanish and Latin American studies at Dalhousie University and one of Canada’s leading experts on the Cuban Revolution, told me Washington “has been very slow to understand and appreciate this highly significant change” in the region since 1998, “that the leftist governments of Latin America are there to stay and are in many cases thriving.” He pointed out how Cuba is extraordinarily popular because of its resistance to U.S. imperialism, and its medical and literacy programs.

Kirk highlighted another possible reason for the timing of the Obama-Castro agreement: the Summit of the Americas, taking place in Panama in April.

“In the last two such summits, there had been a crescendo of support among Latin American and Caribbean countries for Cuba’s participation, and half the member countries have said that they are going to boycott the 2015 summit meeting unless Cuba participated,” he said. “Obama realized that he was doomed to an embarrassing failure unless Cuba joined the summit, and decided that the timing was appropriate for the restoration of diplomatic relations with Havana.”

A second factor behind the change in U.S. policy is that a new generation of U.S.-born Cubans favours normalizing relations, thus splitting the politically influential exile community on the issue. The right-wing anti-Castro exiles no longer completely dominate this group; the Democratic Party has moved to attract the votes of the younger generation. Actually, most Latinas and Latinos in the U.S. (and Americans in general) favour normalizing relations with Cuba.

It is also likely that the restoration of relations is partially aimed at undermining the electoral chances of former Florida governor Jeb Bush, a favoured Republican Party candidate for the 2016 presidential election who is closely linked to the most right-wing elements among Cuban exiles.

The most significant support for a comprehensive détente comes from U.S. corporations. The U.S. Chamber of Commerce and business interests “from Caterpillar to the tourism industry to airlines, manufacturers and biotechnology companies all have called for normalization and are scouting opportunities for business in Cuba,” said Kirk.

The U.S. blockade or embargo on Cuba is extremely harsh, punishing even third countries from trading with Cuba and denying the island basic necessities such as food items from the U.S. Any ship that docks in Cuba cannot do so in the U.S. and companies doing business with Cuba are subject to U.S. sanctions. Despite the restoration of diplomatic relations, U.S. residents cannot yet travel to Cuba as tourists and U.S. companies cannot do business there. President Obama can ease the embargo and is moving to do so but its removal requires congressional approval.

“In terms of getting the U.S. economic embargo on Cuba lifted, what we’ll see is a showdown between hardened right-wing Cuban exiles on the one hand and moderate Cuban exiles on the other, supported by an ever-increasing business lobby,” explained Kirk. “I think the business lobby will win because they’ll tell their Republican candidates, when they make donations to their political campaigns, that they favour normalizing relations with Cuba. I suspect that it will be a tough battle but not as tough as most people think and eventually the U.S. Congress will agree to lift the embargo.”

Economic conditions in Cuba have improved since 1990, when the Soviet Union collapsed and the island lost 80% of the export market for its sugar (Cuba’s main revenue earner at the time). Simultaneously, the U.S. made its trade embargo on Cuba even more severe, compounding the country’s massive difficulties. In spite of the extreme pressure, Cuba maintained its communist system, providing free health care and education, and subsidized food and accommodation for all its people—a monumental feat. 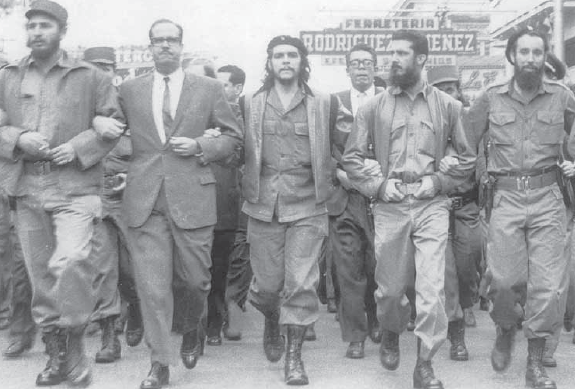 Cuba successfully substituted tourism for sugar exports. Its economic prospects improved with the advent of the Latin American Revolution in 1998, as Venezuela started providing subsidized oil, and other countries supplied food on favourable terms. These commodities are Cuba’s main imports and expenses, which is a problem for a country that still cannot grow enough food to feed its people, as it would like to.

Another major economic problem is the lack of productive investment in Cuba. Much of the foreign exchange from medical exports, tourism, nickel exports and remittances from Cubans working abroad (Cuba’s four main currency earners) is not invested in the economy but rather consumed.

The eventual lifting of the U.S. embargo should help the Cuban economy, according to Kirk, since Cuba will benefit from “cheaper food and technology imports and its medical exports to the U.S. as well as from medical tourism and U.S. tourism in general, all of which will bring in significant foreign exchange.”

Canada’s Hand in the Thaw

The U.S. and Cuban governments both thanked the Canadian government and the Vatican for their mediating roles in the negotiations leading up to the restoration of diplomatic relations. U.S. and Cuban diplomats met in Ottawa and Toronto for talks that lasted 18 months.

“I was very surprised to see that behind the scenes Canada provided venues for nine meetings between Cuba and the U.S.,” said Kirk. “What we have done is provide a safe location for these meetings. That’s the extent but I think it’s an important extent of our contribution.”

That said, Kirk adds: “Canada’s overall role under Harper in terms of relations with Cuba has been enormously disappointing. Canada has so much going for it in terms of its potential in Cuba. The personal friendship between former Canadian prime minister Pierre Trudeau and Fidel Castro was very profound.” (Trudeau was the first NATO leader to go to Cuba and Castro was an honourary pallbearer at the Canadian’s funeral in 2000.)

“Also, Canadians are a massive tourist presence in Cuba, making up 55% of all tourists,” Kirk added. “The main foreign investor in Cuba is a Toronto-based mining company called Sherritt International and three million Cubans take part in the Terry Fox Run every year. Terry Fox is a national hero in Cuba.

“All this shows the potential for the enhancement of Canada-Cuba relations but Harper’s policy towards Latin America in general has been extremely disappointing.  Like Obama, he has been very slow to appreciate Latin America’s move to the left.  He clearly does not understand that the progressive changes in Latin America are for real and are here to stay.”

Around the same time that the U.S. moved to reconcile with Cuba, Obama announced new economic sanctions against Venezuela, signalling that basic U.S. policy towards the Global South has not changed. Hostility has not worked against the Cuban Revolution, as Obama emphasized in December. So will the U.S. now use other ways to undermine the communist government?

“The U.S. seems as intent on regime and system change as ever in Cuba,” warned William Blum, author of Killing Hope, the best book on CIA intervention abroad, in an interview. “I’m sure U.S. subversion of Cuba will continue in one form or another. Washington feared Cuba because it had created a good alternative to the capitalist system due to which the country was very admired and loved all over the world.  It has become a great example and inspiration.”

Published in the Canadian Centre for Policy Alternatives Monitor, February 2015

Asad Ismi is international affairs correspondent for The Monitor and the author of the anthology The Latin American Revolution, which includes this article, and can be ordered from the CCPA by writing ccpa@policyalternatives.ca. He is also author of the radio documentary with the same title released in 2010 which has been aired on 40 radio stations in the U.S., Canada and Europe reaching about 33 million people.